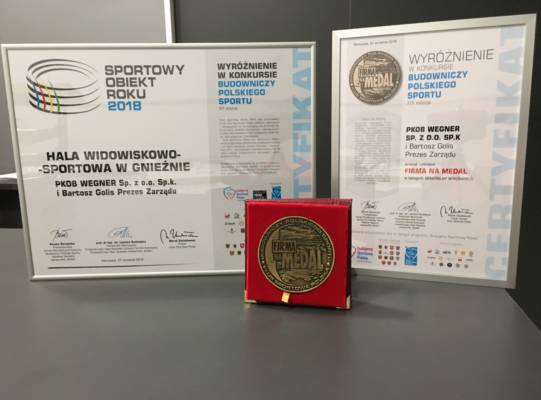 The PKOB Wegner company was awarded in the Polish Sport Builder competition.

The competition is organized by Klub Sportowa Polska within the framework of the program "we build Sport Poland" and "We promote Polish Architecture". One of the basic assumptions of the competition is the promotion of model investments and reliable performance.

The PKOB Wegner company received the award in two categories - the Medal Company in the General Contractor category and the Sports Object of the Year for the performance of the Sports and Entertainment Arena in Gniezno. Prizes on behalf of PKOB Wegner On October 27, 2018, during the gala ceremony at the headquarters of the Polish Olympic Committee, Mr. Bartosz Golis received the President of the Board. 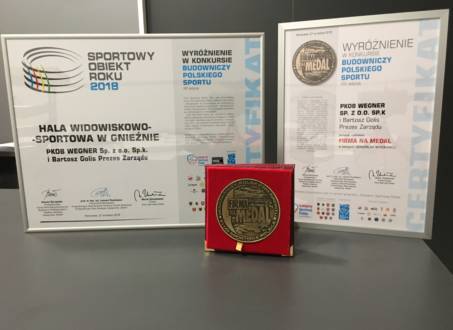