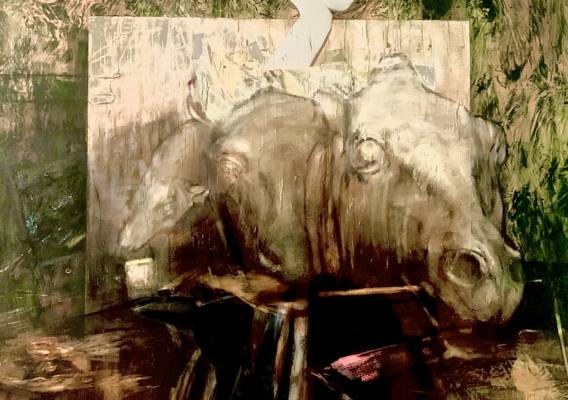 We are pleased to invite you to the last art exhibition this year as part of the Edwardw Folwark project. In Mikołajki, you will be able to commune with the works of the outstanding Poznań painter - Józef Walczak.

Briefly about the artist:

Józef Walczak was born in 1946 in Poznań. In 1973 he began studying at the Painting Department of the State College of Fine Arts in Poznań. Interestingly - he only got to university the second time. The first time he was not accepted and gave up thinking about studying for the next 5 years. During this time he worked as a therapist at the Institute of Orthopedics in Poznań, practiced acrobatics, joined the Mountaineering Club. In 1973 he passed the studies with the first deposit, but ... it turned out that he exceeded the age limit for candidates for artists (27 years) by two months. The Ministry had to give special permission to be admitted to the PWSSP students.

In 1977 he obtained a diploma in painting in the studio of prof. Stanisław Teisseyre and began working as an assistant in the painting studio of prof. Tadeusz Brzozowski. Four years later he became an assistant in the studio of prof. Jacek Waltoś. Then he continued his scientific work at the Academy of Fine Arts, where he obtained further scientific titles, and in 2000 he received the title of full professor at the University of Arts in Poznań (formerly the Academy of Fine Arts), where he still runs the Painting Studio.

In addition to painting, climbing is his greatest passion. In 1975, he passed the very difficult, north-eastern wall of the Monk in the Tatras, two years later he took part in the expedition to the Hindu Kush mountains in Afghanistan. In the 80s he participated in sports expeditions to the Himalayas as part of the Poznań Mountaineering Club. This trip later resulted in a series of paintings "Travel".

In 2003, he won the prestigious "Award of Excellence" at the 46th Annual International Awards Exhibition in San Diego, California. In addition, he became the first artist from Poland to show his paintings at El Centro Cultural in Tijuana, Mexico.

His works can be admired in galleries and private collections in the country and abroad, among others:

The exhibition will take place on 06.12 (Friday) at Galeria Folwark Edwardowo at ul. Bukowska 177 in Poznań, starting at 19:00. 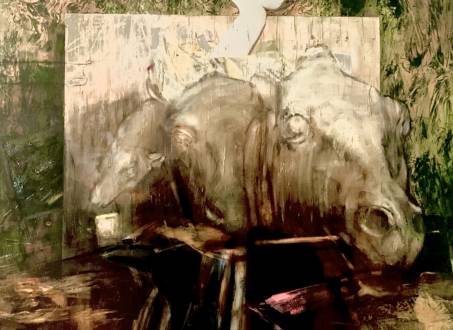